Interview with Matt Mayer (A Snake In The Garden, Surgical Renaissance)

This interview took place in November 2012, originally destined for a zine that never went to press. 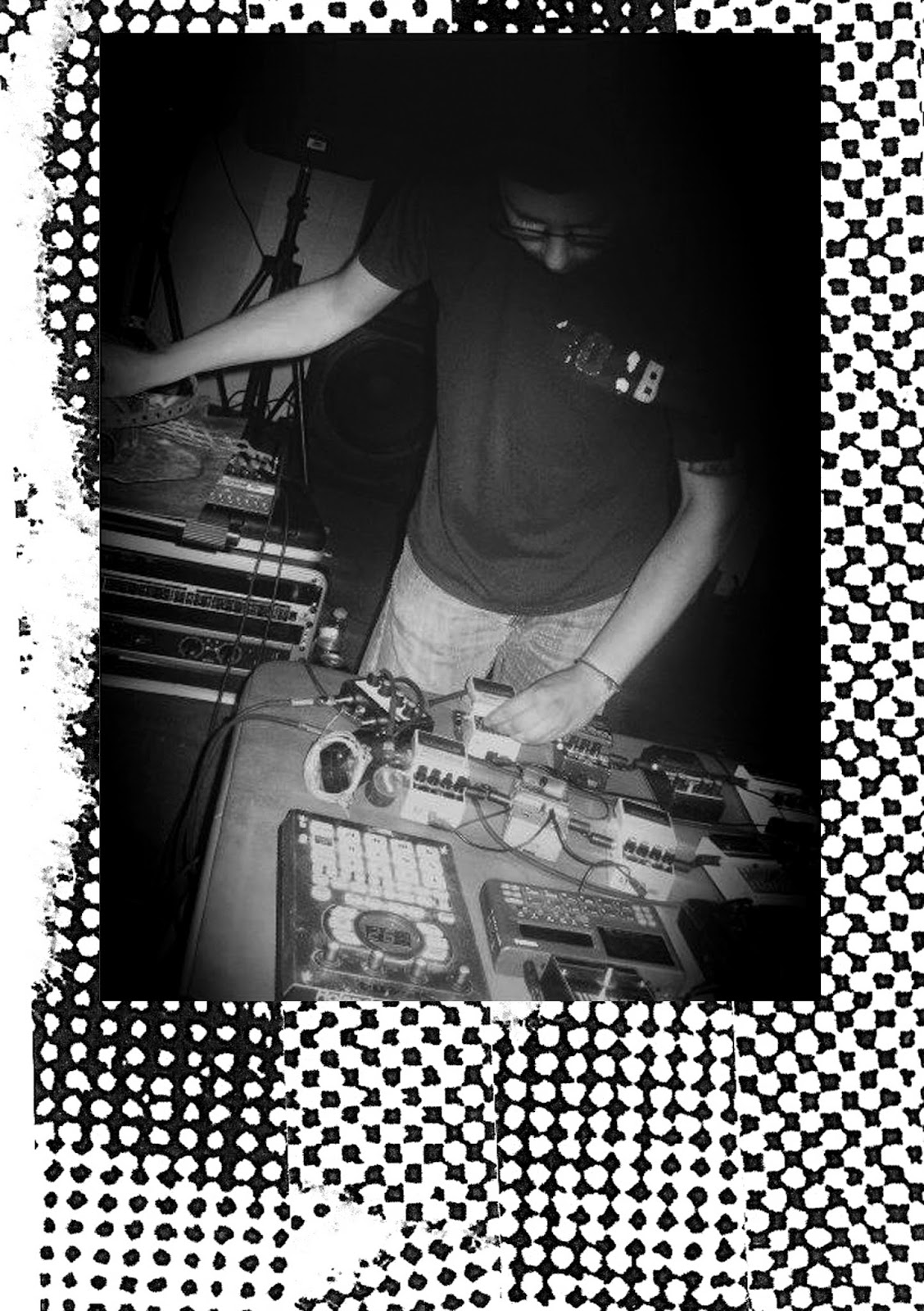 - What got you interested in noise?
I became interested in noise around 2004/5 while living in Worcester, Massachusetts, spawned by an initial interest in noise rock. I attended a few shows in Providence, Rhode Island at the time and witnessed music on the noisier and weirder side of the spectrum, which opened a new world to me. Around the same time, I was listening to a lot of free jazz, which eventually led to my discovery of John Cage. I went to a sort of "celebration of Cage" performance event in Worcester and saw some of his toy piano pieces performed live alongside a projected graphic score. It was intense at the time for me to see music of this nature performed live. All of this eventually culminated and clicked when I first saw Wolf Eyes play in Allston, MA around 2004 or 2005. Needless to say after that everything made sense and I fell head-first into noise.

- What inspires you musically and non-musically?
I'm mostly inspired by sound plain and simple. I'm into naturally-occuring sound, whether it be organic, elemental, man-made, industrial, mechanical, etc. I enjoy collecting sounds that inspire me with recording devices, or try to re-create them with my rig if/when possible. I'm being inspired and influenced by music of all kinds, constantly. With ASITG specifically, things like industrial (past and present), harsh noise, sound collage, Coltrane, and various electronic musics have been influencing me, particularly the noise of my friends and peers. I love live music and especially live noise. Touring has given me the opportunity to let me witness the art, ideas, and sounds of my friends and comrades in the current American noise world. This is inspires me to no end. My Burlington friends are a huge influence as well (Lord Bird, Toby Aronson, Lawrence Welks & Our Bear To Cross, Son Of Salami, et al).
Non-musically, I'm heavily influenced by visual art, imagery in general. I prefer things rough, raw, physical, and degraded. I enjoy extracting imagery that I find interesting in my everyday life and abstracting it to fit my own liking and fashion it to the aesthetic of my project. The ceramic work of my good friend Nicholas Earl has been a big influence lately as well. He works in Minnessota with a wood-fire kiln and naturally-excavated clay, creating visceral, tactile, and grotesquely beautiful pottery pieces.

- How often do you play out? Where do you play? Any stories from your last tour?
I've been playing out as often as possible over the last few years... performing in a live setting in front of an audience is very important to my project and helps me establish a connection and put my work into perspective. Lately I've been playing here and there around my hometown (Burlington Vermont), mostly in basements and houses, which is personally my favorite setting to play in. I've also done a few shows around New England lately, Massachusetts specifically. It's my home state so I feel good and have fun playing there. Over the summer, I was lucky enough to go on a tour with my friends Luke and Nate Tandy (Being and Diaphragmatic respectively) around bits of the Midwest, New England, Canada, and the East Coast. It was constructed around the first annual Buffalo Noise Fest in New York which I was honored to attend and play. I got to see lots of friends old and new, and check out tons of high-quality noise. No super crazy stories to speak of, but there was an amazing plastics factory in Olneyville (Providence RI) next door to the warehouse we played in that had this insane plastic grinder that went all hours of the night, some beautiful naturally-occurring harsh noise. Up there with the best sets of the night. We also had an intense thunder & lightning storm during our show in Montréal which knocked out power to the whole block during the Selfish Implosions set... we waited a few hours for the power to go back on and then Luke, Nate, and I played a collaborative set as Orgasmic Snake Unit through two PA's to finish off the night, communally abusing a large metal oil drum as the sound source. Partying with the Buffalo crew and everyone at the fest was a real treat.

- What do you see in your music?
I see mostly beige and black.

- Does your noise have a specific meaning to you?
My noise does have specific meaning to me, on a personal level. My noise is directly inspired by thoughts and ideas that I have no other place for. I like to keep this content obscured, hidden, and vague.. in order to leave it up to the interpretation of the listener. I try not to be too specific with things like titles and graphic imagery. I prefer for it to be fragmented, re-arranged, camouflaged, confusing.

- What instruments/objects do you use to create your noise?
My setup is pretty basic in terms of electronics, mostly just overdrive and EQ pedals, a mixer, a sampler to add density during live performance, and contact microphones. The main focus of my setup is my collection of found scrap metal. Different pieces have different sonic qualities, and I like to mix and match to achieve the sound I'm looking for. Lately I've been enjoying using less straight-ahead distortion pedals, and instead using different EQ and overdrive combinations to allow the natural harshness of the metal to come to the forefront. I've recently assembled something I'm calling the Iron Grid System, using a large metal grate and clamp-based contact microphones custom made for me by my friend Crank Sturgeon. This system has been the base for my recent live performance and recordings. I've also been experimenting a lot with using discarded guitar strings and metal wires in contact with the amplified metal.

- Any final thoughts?
Thank you Daniel for your interest and support over the years. Massive appreciation to all the labels waiting on recordings from me for their patience... I work obnoxiously slow and it's something I'm trying to work on. I hope for 2013 to be a productive one, many new tapes are in the works.

A SNAKE IN THE GARDEN
Surgical Renaissance